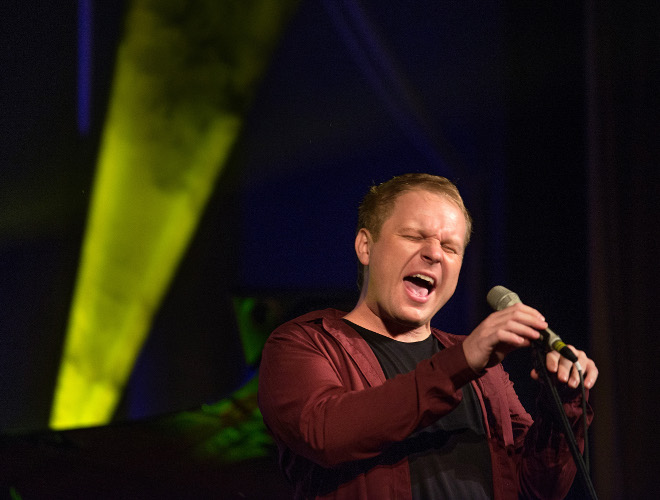 - Next Time Around You Better Loose

-The Well
If you'd care to know, I'll tell you I've never much delected
in the flavor of hypocrisy.
A call from the world -
The voice of scripted events claims
That it is causing people a hell of a trouble

I derive it all from you
... and she's a nurse...
Derive in shades of pure blue.
May your suffering end with healthy crookedness.

- Katowice
I live in Poland, the southern part; relatively close to the Czech Republic, a bit further from Slovakia ? in a town called Żory. Traveling by our still essentially non-existent highways, I'm no more than a three-hour drive away from Warsaw, Bratislava, Vienna, Budapest or Prague, when maintaining the legal speed limits applicable to roads of this sort in the EU. With a heavier foot on the gas pedal, I'm not really that far away from anywhere. I'm just waiting for good-quality roads; as soon as they get that issue worked out, I'll get myself a driver's license...
The region where I grew up was highly industrialized during the Communist era ? very strangely industrialized. Mines and foundries were an integral part of the cityscapes, located in the immediate proximity of residential neighborhoods, workers' quarters, apartment complexes, and even town squares. Katowice, a city with a current population of 300,000, was supposedly on director Sir Ridley Scott's short list of candidates to serve as the filming location for his ominous vision of a future dystopia ? the backdrop for the sci-fi classic ?Bladerunner?... Nothing strange in that. From the window of a tram moving through the labyrinths of Poland's largest urban agglomeration, grandiloquently referred to nowadays as the Upper Silesian Metropolitan Confederation and home to around two million people, one could behold a truly futuristic tableau: blinding flames belching from the stacks of steel mill smelters like giant acetylene torches, countless mine shafts arising amid the dense, red brick industrial build-up, myriad tram tracks, railroad viaducts... A city with no end, that changed names three times in the course of a single tram ride... That image of the foundries' living fire, visible from the window of a rickety tram car moving through the center of Katowice ingrained itself in my memory... Smelter flames amidst a forest of mine shafts... Flames in the forest - but evoking thoughts of some apocalyptic inferno, instead of nostalgic images of the serenity of an evening boy scout campfire. The incidental poetry of the panorama created by a socialist concept for urban planning. Unconstrained smokestacks, filth... In Katowice in the 1980's, most of the buildings had a soot black color to them.
It's a well-known fact that Poles are regarded in the wider world as drunks, sots and winos. What caught your eye the most in downtown Katowice in the 80's, though, was that of the junkies ? aficionados of what's known here as compote, or Polish heroin, which is produced from poppy straw. The hub of the city's compote trade was located in a square beneath a pedestrian overpass, opposite the monstrous concrete structure of the central train station. The author of Sweet was a great enthusiast of this substance, and being a resident of a city neighboring with the agglomeration, he often supplied himself in Katowice. He died at the age of 38, of sensitivity and Polish heroin.

- The Seer
Crystal reddish glowing sunlight showing signs of ending
And thought dies away within me.
Desires for continuation any further
Getting drawn and worn out, yet so greedy.

Youngsters, releasing into space
The sheaves of herb they're smoking
In the schoolyard, to make it more amusing...
Their minds completely smitten, green hornet's bitten.
I can see it.
I feel it.
It's what I'm living.
Time's slowly slipping...

- Three Faces
Tell me what you are thinking!
Cause as I stand here, I won't let you fly off to a funeral!
And so what if alive, since it smolders on...
It's time to bury all that's stupid, you well know.
Tell me what is it that would push your nerves beyond.
Overwhelming doubts, or just the petty verve of folly?
Because at times you nearly clap while stomping,
Sometimes laughing all the time, never stopping.

Tell me also, why you try to judge me
When it was your lips from which the promise came.
So from today, I'll stand quiet and count off
Your one, two, and three faces...
All the same?

- Light Comes from the East
The French regard Poles as drunks, the Germans as crooks. The Poles perceive the Russians as uncouth, while the Ukrainians consider the Moldavians losers. All of the scorn in modern Europe always seems to flow toward the East. Comparing ourselves with the East boosts our self-esteem, and yet the East is where the light comes from! Karol Wojtyła of the holy memory, as the pope known also by the name of John Paul II, reminded the world of this fact long ago.

- The Ballad of Revange
I still don't see a change in you.
I discern the eyes out on the surface
And from inside, and from in mind.
I'm lookin' and my hopes wilt like a dead vine.

Words translate untruly
And thoughts are not deceiving
But they mean nothing.
I did wrong, you strike back, I'll do wrong...

I see a little glimmer.
The both of you are changing.
Palms, fingernails
A spy within opinion about you
Words translate untruly
And thoughts are not deceiving
But they mean nothing.
I did wrong, you strike back, I'll do wrong...

A romance on two towers...
May a two tower romance keep its own fidelity.

- Heal Me Out!
Heal me out where i'm feeling pain heal me.
Heal me out of my misery just briefly.
If you'd like i'll put to sleep my wisdom within.
I'll cease to know the meaning of the words lead and win.

Musings in my head they simmer.
Questions of truth after all i won't say.
Never mind but heal me me.
It's easy ceasing to pretend once I try to recall
Where my desires start and where they end.